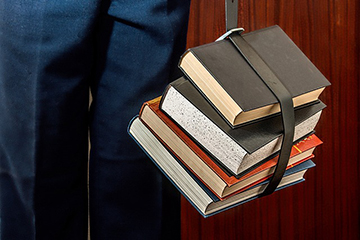 The Society of St Vincent de Paul (SVP) has broadly welcomed the thrust of the National  Action Plan for Equity of Access to Higher Education 2015 - 2019 launched today.

“We support the direct targeting of communities and parents as we know this is an effective route to engage families. We also welcome the increase in the Student Assistance Fund

of €1.5 million but know that much more needs to be done to improve how this fund is both administered and the level to which it is funded.” said Audry Deane, SVP Social Justice and Policy Officer.

She also said that the €400,000 allocated to encourage more students from disadvantaged backgrounds to become teachers is a welcome start in a much needed initiative to increase participation from under represented communities in education settings.

However SVP remains rather sceptical at the lack of ambition in some of the targets set particularly with additional supports to help students of just a modest €3 million extra for 2016.

The Society says that much more needs to be done to level the playing field of access to begin to tackle decades of exclusion from third level experienced by disadvantaged students.

“Education is the ultimate enabler out of poverty.  That's why SVP worked closely with the Higher Education Authority as it prepared its National Action Plan for Equity of Access.   Our views have been reflected to some degree; mentoring programmes, better partnering with local institutions to showcase positive role models, better and earlier supports for disadvantaged students when they enter college and improved  pathways from second level schools to third level, in particular to teacher training courses.” she said

SVP is hoping that effective collaborative between institutes of education and communities with low participation rates as well as tighter accountability in how colleges deliver on their access objectives will yield higher numbers of disadvantaged students progressing to third level.

“Ireland must act to stop the systemic exclusion of students on income grounds. It is a moral imperative, not a choice for a republic which values all its citizens equally.” concludes Audry Deane

Read SVP's Submission to the Higher Education Authority of Ireland