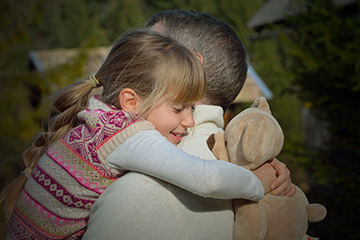 The Society of St Vincent de Paul (SVP) is urgently appealing for public donations to help it continue to meet the demand for support it is receiving this Christmas.

In November alone the Society’s East Region (Dublin, Kildare and Wicklow) received approximately 10,000 calls, which is an increase of 7% on the same period last year. Similar trends are being experienced in different parts of the country.

“This year we are concerned about being able to fully meet the need we face in communities across the country.  The level of calls for assistance we are receiving is at an alarming level despite recent economic improvements” said Kieran Stafford, SVP National Vice-President.

Next Sunday (13th December) SVP’s National Collection will take place at churches throughout the country and the Society is appealing to the public to continue its generous support for its work.

Mr. Stafford said that following its Annual Appeal launch last month donations of toys and food have been very good and very much appreciated.

However he appealed for further online and financial donations to ensure that the Society has the resources to meet the increasing demand this Christmas and into 2016.

“December, January and February are very difficult months for many families as large utility and energy bills become due,” he said.

He also said that while essentials such as food, energy bills and education are still crucial areas where support is sought; sadly the number of people who are calling because of rent increases is very large and is rising.

"We are seeing more and more families cutting back on other essentials to pay their rent, but inevitably many have to seek help from the Society to keep themselves in their homes.”

According to Mr Stafford most of those who seek SVP help are struggling week in and week out on a basic minimum income, either from state payments or from low-paid employment.

"It is when they encounter an unexpected cost or a period when additional expenditure occurs that they critically need SVP.  We are here primarily to help people over a hard time in their lives and sometimes that is sufficient to ensure that they don’t slip into long-term poverty," he said.

SVP now spends an average of  €40m per year in direct assistance which is primarily on food, energy, education, clothing and furniture as well as toys at Christmas.

"We depend almost entirely on donations from the public and corporate supporters in order to be able to help households who need it most. We ask people to please support our Annual Appeal by giving locally or online." said Mr Stafford.