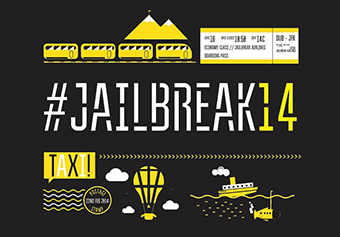 Over 300 students from four Irish colleges will set off next Saturday (22nd February) to get as far away as possible in 36 hours from their starting points in Ireland, without spending their own money or that of people they know.

In the process they aim to raise money for the Society of St. Vincent de Paul and Amnesty International.

Funds raised by the Galway students will also be shared with Draiocht.

At 9am on Saturday the students, in teams of two, will set off from Kilmainham Goal, Dublin; Eyre Square, Galway and The Quad, UCC Campus.

The inaugural Irish event was organised by students in Trinity College last year.  Claire Cullen and Matthew Hainbach reached Mirimar, south of Buenos Aires, Argentina, 11,295km from Dublin. Some of the other teams got as far as Sydney, Malaysia, and Dubai.