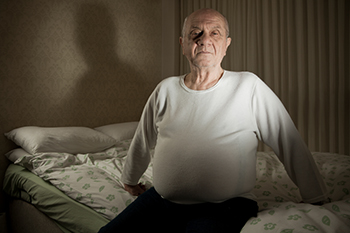 Saint Vincent’s Hostel is one of the largest male homeless hostels in the country, located here in Cork on Anglesea Terrace in the heart of the city.

We are on our current site since 1982 and the facility is staffed 24 hours a day, seven days a week. We have 74 single bedroom units — no dormitories— to provide accommodation for men who find themselves in the unenviable situation of being out of home for whatever reason.

The hostel is run by professional staff under the governance of the Society of St Vincent de Paul and its in-house volunteer committee is called the Conference of St. Benedict Joseph Labre.

The day-to-day running of the hostel is managed by the Homeless Services Manager who leads a team of Project Workers engaging with the individual residents to support them in getting their lives back on track. They deal with men from the ages of 20 upwards. In the last two years, there has been a marked increase in the number of men between the ages of 20 and 25 wishing to avail of their services. They have become involved in various education and training initiatives through agencies including FAS, Back-to-Work, Back to Education, and the Department of Social Protection. They are currently assessing a pilot scheme aimed specifically at the 20 to 25-year-old age group involving temporary work placements which hopefully will lead to full-time positions for those who successfully complete their placement.

Such is the need that they now have two Tenancy Support Officers, who during 2013 dealt with and supported 116 ex-residents. This Support Programme has helped considerably in reducing the number of ex-residents returning to homeless services. Other staff who work at St Vincent’s Hostel include the administrator, a four person housekeeping team who manage the laundry, bedrooms and general areas in the hostel. A chef and three assistants manage the catering facility and residents receive breakfast, dinner and tea each day.

In the evenings, volunteers provide tea, biscuits and chat for the residents from 8pm. Residents also have access to the internet, TV, library and two pool tables.

St Vincent’s has seen an increased demand for its services over the last four years.

Although the demand has spiralled upwards, funding available to them has been cut. This has proved challenging for the hostel administration, yet there has been no dilution in the quality, either of the service delivered or in the numbers of people needing the service. In 2012, they admitted a total of 428 men while in 2013 this figure had risen to 469.

Since December 2013 St Vincent’s has been running at full capacity with all 74.

rooms occupied. In the hostel, volunteers and staff together, adhere fully to the founding principles of the Society of St Vincent de Paul in working for social justice for all, but particularly those within their care.

They promote self-sufficiency and independence in residents. Through their support, friendship and holistic approach improve the lives of the residents that pass through this support is carried on in the community by the Tenancy Support Team.

If you would like to find out more about the service they provide, please feel free to contact them at St Vincent’s at (021) 4317899.