SVP Around The World

International president Renato Lima was in the USA in January. While in Phoenix Arizona, he told a local radio station that that every year he tries to visit around 15 countries even though he has a full-time job outside his volunteer work for SVP. 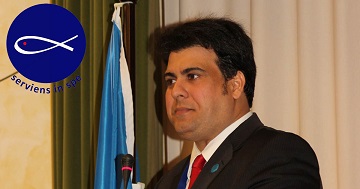 He was also interviewed by The Catholic Sun where he expanded on how he juggles his time. "It’s God, family, church, St. Vincent de Paul", he said.

Apart from his international duties with SVP he has a one-hour weekly meeting and a three-hour weekly home visits with his local Conference. He doesn’t do emails on the weekends

He undertakes his international travels during his holidays and other time he can take off from his full-time work.

This scenario will be familiar to SVP in Ireland.

The campaign wants an end to no-grounds evictions, 5000 social houses built each year, mandated minimum efficiency standards for these homes and an end to homelessness by 2030.

The campaign says the NSW housing crisis is the worst in Australia. One-third of voters rent and almost 300,000 households are in rental stress, struggling to pay for basics like food and power bills.

In January 2018, Jean-Charles Mayer, responsible for communications within SVP in France founded a Facebook group called, “What if we spoke about loneliness and isolation” (“Et si on parlait de solitude et d’isolement”). This group, has become a very useful tool for identifying and helping people who are suffering, brings together some 1,500 people across France. It starts from the fact that many people suffer from loneliness behind their screens, despite the incredible progress of communication.

"It’s a closed group, to preserve confidentiality, but anyone can join and everyone is free to say whatever they want. The rule is kindness and fraternity,” says the founder. 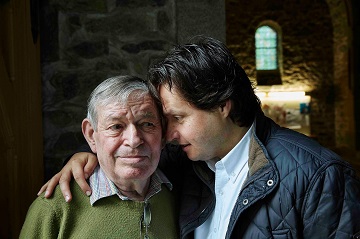 Since its creation, it has met with growing success. Every day, there are about 10 posts, which themselves generate hundreds of comments. “We have shy people who confide through a computer. People answer each other, the community members support each other,” says Jean-Charles Mayer. He explains that moderators are there to ensure that the desired spirit of caring is preserved. If they witness really dramatic situations, they contact the person directly and send a team to meet him.

“It’s not a communication tool; it’s really a tool to help people.” he said

USA - SVP worker charged with stealing more than $550,000 from the Society

This story shows the importance of good governance and proper procedures.

An SVP worker in Sheboygan County, Wisconsin has been charged with a felony for stealing more than $550,000 between January 2011 and May 2018 from St. Vincent De Paul.

Donna M. Larue, 60, who worked for the Society as a bookkeeper since 2009, was charged with forging signatures on checks and cashing them. Larue was the only person in charge of facilitating donations from nine churches in Sheboygan County.

According to the complaint, 201 cheques were identified as either forged or written without permission for a total of $557,715. While most of the cheques were addressed to Larue herself, five were issued to other people and two were issued to the apartment complex where she lived at the time.