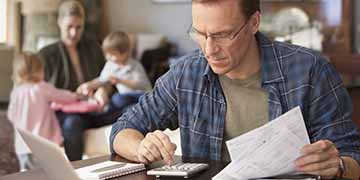 In the past seven years there has been a reduction of over 60% in the Exceptional Needs Payment (ENP) scheme operated by the Department of Social Protection.

The erosion of this support is imposing further hardship on individuals and families on low incomes, says the Society of St Vincent de Paul (SVP).

The SVP is now spending more than the Department of Social Protection on helping people to meet the cost of ‘exceptional needs’ such as housing-related costs.

“While a more consistent approach at local level has been sought by the
Department, this does not explain the sheer scale of cuts to the ENP system”, says Caroline Fahey, Social Policy officer with SVP.

The reductions contrast with the Society of St Vincent de Paul providing almost €40 million annually on direct assistance to households since 2009, often helping families with the kinds of items that were previously accessed through the ENP scheme.

Caroline Fahey says that the Society would like to see a bigger budget allocated for the scheme. “ It is a vital support designed to help people on low incomes to meet essential, once off expenditure which they cannot meet out of their weekly income.  For many it is a last resort.” she said.

In the context of the current housing emergency SVP also points out that within the ENP scheme there has also been a significant decrease in expenditure on the very items costing people money right now: housing-related costs including help with new accommodation kits, rent arrears and rent deposits.

She went on to say; “SVP is concerned that at a time when rents are rising and the number of individuals and families who are homeless is increasing, supports which could help families to remain in their homes or to move out of homelessness are being reduced.  Given the increasing housing need and the priority of preventing homelessness we would expect to see an increase in Exceptional Needs Payments provided for rent deposits and rent arrears in the next set of statistics from the Department.

“One of the strengths of the scheme is that staff administering the payments can use their discretion and knowledge of a household’s circumstances and needs when deciding whether or not an Exceptional Needs Payment should be made.

“In spite of this, SVP members on the ground report that it has become more difficult for the people we assist to access Exceptional Needs Payments.  This has resulted in struggling households with no option but to turn to charity for assistance, to go into debt, or to go without basic essentials.

“Our members are mindful of the pressures that front line staff of the Department of Social Protection are under, particularly when there is a great deal of downward pressure on budgets for demand led schemes such as the ENP scheme.  The reduction in the budget allocation for the scheme may also be resulting in officers having to refuse payments, which they would previously have approved, or approving payments for lower amounts.  The closure of local offices disbursing ENPs has also been highlighted by SVP members as problematic for some of the people we assist, particularly those in rural areas.“