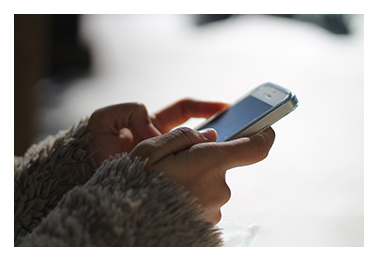 Last year close to 130,000 calls for help were received by the Society and an estimated €30m spent on providing direct assistance to those in need.

The Society also says that the practical experience of its 11,000 members in visiting and meeting those it helps could provide a valuable input into determining how future Government policies should be poverty proofed to assist those families that are struggling.

“While we would hope for a universal improvement in the ability of all Irish people to benefit from the overall economic improvements the reality is that it is unlikely to happen.

There are four main conditions that exist that drive people to seek SVP help. They are:

The latest CSO figures released just before Christmas show that the level of consistent poverty has only marginally improved between 2015 and 2016, falling from 8.7% to 8.3%. A change that is not statistically significant according to the CSO.

However there has been little progress on tackling child poverty as the rate remained virtually unchanged from 2015 at 11.1%. Compared to 2008 there are approximately 70,000 more children living in poverty.

While unemployment figures are reducing this masks the reality that many of those now employed are in poorly paid or insecure employment and consequently struggle to meet essential bills.

Almost one quarter of those experiencing deprivation are at work, demonstrating that employment doesn’t always guarantee a decent standard of living.

Without social transfers such as Jobseekers Allowance, Pensions and Child Benefit 44.9% of the population would be living below the poverty line.

In this regard, and based on the experience of our 11,000 members, we are willing to engage with Government to relate how future policies should be poverty proofed and work for those families that are struggling.

As well as supporting families staying in unsuitable emergency accommodation like hotels and B&Bs, SVP members continue to meet thousands of families living in private rented sector, trying to keep pace with unsustainable rents and on the brink of homelessness. As a result, they often feel they have little choice but to put up with substandard conditions, fearful of eviction.

The level of inequality in our education system continues to be an issue that must be tackled with more intensity to help break the cycle of poverty for many families.

Students in schools in the most affluent areas are up to five times more likely to go to third-level than those in the poorest areas.

At third level, costs continue to a be a major barrier for low income and disadvantaged students.  The increase in the student contribution and cuts and changes to the maintenance grant have put college further out of reach for many students.

The Society which works closely with thousands of students, at all ages and stages, to support their access to education. Its members see at first-hand the multiple barriers children and young people from disadvantaged backgrounds face from pre-school right up to college.  Without the support of SVP many students would not be able to take up a place at college."

Mr Stafford also said that the SVP pre-Christmas Annual Appeal was strongly supported by the Irish public. That level of support will ensure that SVP members are in a good position to be able to offer help in 2018 to those who continue to struggle.”