The charity is experiencing a significant increase in requests from people experiencing money worries over food, heat and clothing 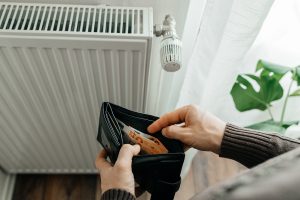 Startling figures from the charity St Vincent de Paul (SVP) paint a dire picture as the cost of living crisis makes its grip felt even more as we enter 2023.

New data from SVP shows there were a total of 14,144 requests made to the charity’s Regional Office in Belfast — either online or via phone — for financial, emotional and food support in the last quarter of 2022, amounting to an average of almost 170 requests for help daily.

Among the concerns and needs of those contacting the charity in the last quarter of 2022 were around purchasing energy in the form of electricity, gas or home heating oil, for which there were 2,585 calls over the quarter. In the same period last year, there were 1,350 requests for help with energy costs. Meanwhile, those in need of food during the period amounted to 1,032 requests.

Mary Waide, SVP Regional President for the North Region, said: “The rollout of the government’s £600 energy support payment will no doubt provide much needed financial assistance to the most vulnerable. However the reality is that there are people up and down the country who really don’t need this payment and I would appeal to those people to consider donating that payment to charities like SVP in order for us to reach further into the communities in which we serve.”

Some 1,864 people requested support with Christmas pressures and 256 calls were made requesting clothing items. More than double the same quarter in the previous year.

Illustrating just how much the cost of living crisis is being attributed to the soaring of need in communities across the North Region is the consistent increase in calls over the period, with 4,456 made during October, 4,496 made during November and 5,192 made in December 2022. Comparing the quarter with the same period in 2021, requests were up 51%.

Analysing the figures, Mary Waide, SVP Regional President for the North Region, said: “The number of calls we received to SVP’s Regional Office in Belfast are alarming but sadly not unexpected as the last three months of 2022 were extremely difficult for people, which is reflected in our figures, with the total number of calls for the period almost double that of the same period in 2021.

“To have 14,144 requests for help over that quarter amounts to almost 170 requests per day to our charity and when people come to SVP, they have exhausted all measures and most likely have been living in extremely challenging circumstances prior to feeling that they can lift the phone or send SVP an email.

“What this also tells us is we have huge and growing societal needs here across a number of issues; from heating to eating and clothing, and these are basic human needs that we all require to survive.

“This leaves people needing to make impossible choices and it's usually those people on a fixed income, the elderly, disabled, one-parent families and low-income families — the most vulnerable.

“While there are some support packages out there to assist people in need like the £600 energy support payment, they’re only temporary, making our work today even more necessary. We would appreciate donations to help people who are struggling now and who will continue to struggle through this winter.”

SVP is an international charity and the largest voluntary charity in Ireland.

SVP members in Northern Ireland work in all communities to support people whatever their background, who are experiencing poverty and social exclusion, promoting self-sufficiency and working for social justice.

For those interested in making a donation to SVP or for anyone interested in becoming a volunteer, please visit www.svp-ni.co.uk, email info@svpni.co.uk or tel 028 9035 1561.