SVP Volunteers to Be Honoured At National Awards Ceremony 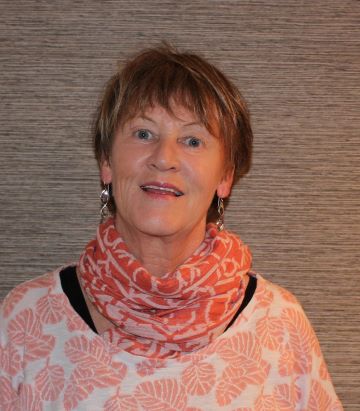 Volunteer Ireland announced the shortlist for the twelfth annual Volunteer Ireland Awards. Over 1 million people in Ireland volunteer and these awards aim to celebrate the hard work and dedication of volunteers across the country.

Aged 10 to 80 from sixteen counties, this year’s shortlist is a showcase of the breadth and depth of volunteering in Ireland. From mental health to sport to homelessness, volunteers have an invaluable impact on communities across Ireland every day. For example:

Marian Merick, Croí na Gailimhe
Marian has been at the forefront of asylum seeker and refugee support in Galway for 20 years.  She first got involved in the late 90’s with a small group who painted over racist graffiti in Galway City.  From there, she was a founder member of the Galway Refugee Support Group volunteering in all aspects of the service, including board membership. For the past  5 years Marian has been volunteering with Croí na Gaillimhe a Resource Centre of St Vincent de Paul, based in Mill Street, Galway.

Croí na Gaillimhe is a city centre based resource offering a  range of social and educational supports to people. The centre relies on a team of 70 weekly volunteers to deliver its services and as well as offering services to all members of the public. Croí na Gaillimhe works with people affected by poverty isolation and social exclusion, including older people, intergenerational groups, adults with a range of educational needs and socially isolated men,   migrants and asylum seekers (adult and children), It offers specific services to people living in the two direct provision centres in Galway.  Marian leads one of these teams supporting people with their International Protection Office questionnaires and preparation for asylum seeker interviews and appeals. She volunteers approximately 20 hours per week doing case work and country of origin research. This is intensive work, often requiring long hours of work doing an individual timeline outlining some ones reasons for leaving their country and examining why they can’t return.  It  requires  great sensitivity, empathy and trust.

In 2014 she established a specialist team of case workers and interpreters, offering one to one support to people as they prepared for their interview with the Department of Justice. This involves preparing a detailed timeline of the sequence of event/s which lead to a person leaving their country of origin and reasons why they cannot return. Marian spends time with each client, working to ensure that they present as accurate account of their story as possible. She regularly provides legal teams with the critical country of origin material which can change the outcome for the person. We have no doubt that the Marians work has made a major impact on the outcomes for people seeking asylum or subsidiary protection in Galway.  But above all Marian is a woman who cares deeply about social justice and doing all she can to prevent injustice.  The women and men living in direct provision in Galway are the people that know this most.

The twelfth Volunteer Ireland Awards take place on Friday 6th December in the Carlton Hotel, Blanchardstown, Dublin 15. Shortlisted nominees along with their family and friends will be treated to a night of celebration where we’ll announce the winners in each category and name Ireland’s Volunteer of the Year for 2019.