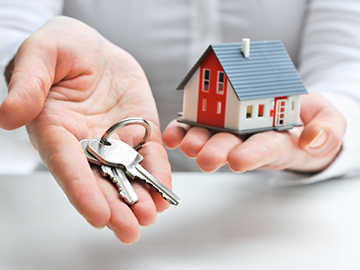 The Society of St Vincent de Paul (SVP) has welcomed the changes in the private rental sector announced today by the Government, despite falling short of full rent certainty.

SVP says that it has been advocating for a number of the changes for some time.

"As an organisation who helps families priced out of the rental market and in emergency accommodation the Society of St Vincent de Paul (SVP) believes that a functioning private rented sector needs certainty for tenants, landlords and also to attract investors” it said.

John-Mark McCafferty, SVP Head of Social Justice and Policy, said "We believe that the measures announced today by the Government is a positive move in that regard.

“We also proposed prior to the recent budget that a financial incentive to private landlords should be introduced through taxation for accepting tenants on the new Housing Assistance Payment (HAP) on condition that the quality of private rented homes are improved.” he said.

While welcoming today’s announcement SVP also said that the large number of families and individuals in emergency accommodation is caused not only by an acute lack of affordability of the private rented sector but also a chronic lack of supply of social housing.

There are at least 89,000 households in need of social housing, as last measured in 2013. "We expect this figure to have risen significantly when the Spring 2016 local authority waiting list figure are published", McCafferty added.

"The Government’s Social Housing 2020 Strategy only provides for 35,000 new social housing units, and it is too slow in being implemented. The majority of units envisaged in the strategy are to come from the private rented sector - hence the need for such measures as announced by Government today.

"We want to see the 20,000 NAMA units announced in the recent Budget being dedicated to social and affordable homes – anything less would be a real missed opportunity" he said.