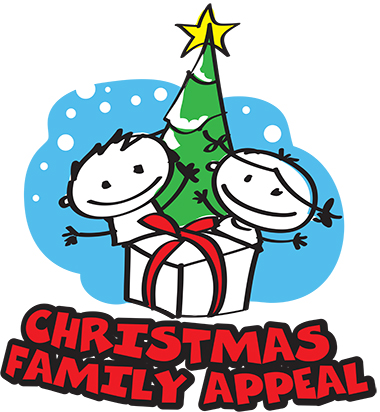 The Family Appeal, the annual toy appeal operated by the Society and The Salvation Army, launches on Thursday 20th November and will run until Wednesday 17th December 2014.

The two charities have teamed up once again to make Christmas brighter for thousands of children and families across Northern Ireland. Now in its 35th year, the Appeal will be launched at Belfast City Hall by the Deputy Lord Mayor, Councillor Máire Hendron, and sees The Salvation Army and The Society of St Vincent de Paul P) join forces once again to spread more festive cheer.

Last year, the appeal provided gifts to 11,150 children (4,724 families) across Northern Ireland and it is expected that this year’s appeal will be even more successful.

A multitude of businesses and agencies across Northern Ireland have agreed to act as collection points such as First Trust Bank, Tesco, Gordons Chemist, Ulster Property Sales, selected Co-Operative stores and a host of other outlets.

For a full list of our collection points check HERE