The Names of Poverty 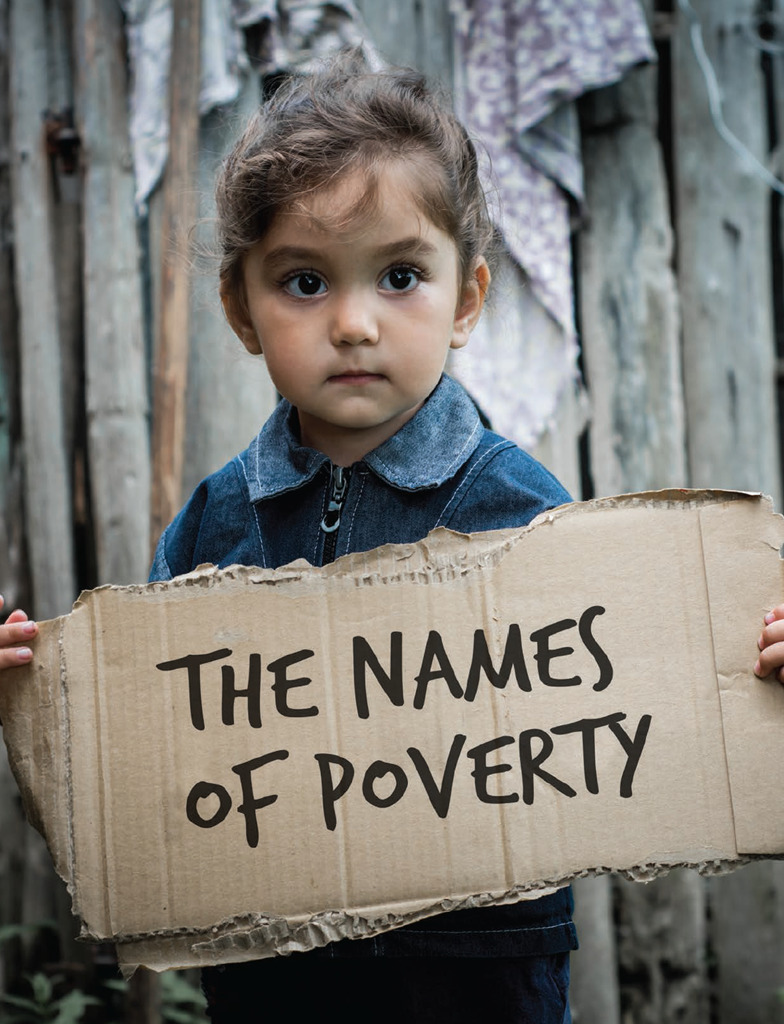 During the last meeting of the Council General International of the Society of Saint Vincent de Paul in Paris, one of the members stated that we should be more knowledgeable about complex world of poverty. The idea seemed good to me. So here I am over a coffee devoting myself to researching with you a reality which touches millions of people. I’m truly afraid to read the digital newspapers because I see that in 2019, rather than diminishing, poverty is on the increase!

Let’s begin by stressing that the struggle against poverty is abetted by a recognition of human rights as well as the improvement of social and political structures. It must be acknowledged that, without major changes in relations between labour and capital, economics and politics and national and international issues, there will be precarious solutions to alleviate poverty. Don’t you think? Faced with this scenario, eradicating poverty becomes a challenge for Vincentians. Hence, we must avoid partial or one-sided solutions which can lead to the creation of other kinds of poverty and dissatisfaction, like, for example, populism.

The concept of poverty is dynamic and comparative, hence its complexity. But… how can we clear up some of this disorder? I herein prompt you to think about some of the terms used to refer to poverty, often linked to the prevailing social culture of the time, which help us to grasp more fully the diverse sufferings of those who endure them:

Exploited: This term refers to underpaid persons or groups. In other words, those who are paid less than what they should be paid for their work. On a large scale, the ruling class is the one making the profit.

Marginalised: it refers to the relegation to the fringes of society due to lack of access to rights, resources, and opportunities. Marginalised groups live in slums or in highly deprived geographic areas of a country. In other words, they live out in the open, on the fringes. Goods, services and a dignified life are enjoyed by those at the ‘centre’. A song by Atahualpa Yupanqui says as follows: “…the sorrows are ours, the cattle belong to others”.

Excluded: Similar to the preceding term but deeper. To put it plainly, these people are no longer in the system. Aside from the barest minimum, they are forced to lead a life of great deprivation. From an economic point of view, they’re not living but surviving. They are those who have been ‘rejected’, those who are not needed, those who are in most respects invisible. Maybe, this issue is raised on a campaign trail.

The Proletariat: Arising from the Marxist theory, it refers to those poor people whose only possession of significant material value is their labour-power and their offspring. They have no access to land for housing. Consequently, their only asset is their offspring.

Shamefaced Poor: These are people belonging to the upper or middle class have fallen upon hard times and find themselves in helpless situations. They find it difficult or outright impossible to ask for help. This position of insecurity can be transitory or permanent.

Criminals and Layabouts: These two terms criminalise poverty and are the most discriminatory. These terms imply that all the poor are thieves, that their situation is the result of their own making, that they are ill-disciplined, that they want everything to be easy and that they lack an entrepreneurial spirit. These terms don’t differentiate- all poor people are thieves, dangerous, enemies of hard work and bed lovers. Sometimes, this discrimination is intensified due to their skin colour or foreign origin.

We know that labelling is a way of categorisation. As Vincentians, we must go beyond any offensive or criminalising word or term used to refer to poor people. By the same token, as Vincentians, the misery of others must hurt us, forcing us to be better trained in order to find better ways to serve.

Poverty is too complex an issue to be addressed individually. Frederic Ozanam knew how to surround himself with friends who put wings to his desire to change the world through love and justice. One of his friends was renown Dominican preacher, Henri Dominique Lacordaire. They met at the end of 1833, and the friendship went on all their lives. And what about us? Our organisation is spread across the world; hence, it would be good to engage in reinforcing not only our own fraternity but that of our brothers and sisters among the poor- to strive for an improvement in our service. Without a doubt, this is the vision of Jesus and of St. Vincent de Paul.