The World Meeting of Families 2018

The Gospel of the Family: Joy for the World

Pope Francis has chosen The Gospel of the Family: Joy for the World as the theme for the ninth World Meeting of Families, which will take place in Dublin on 22 – 26 August 2018.

Archbishop Eamon Martin said, “It is my hope that families in every parish in the country will be able to participate in the preparation for the World Meeting, and that many families will take part in the various events being planned for late summer 2018. The World Meeting provides the perfect context for us to rediscover the vocation and mission of the family in the life of the Church and in Irish society.

Supporting families is one of the most important aspects of the mission of the Church. As a priest and bishop I have come to know and admire the wonderful work of many individuals and groups who are involved in family support and ministry here in Ireland. The World Meeting provides an opportunity to affirm their work and to inspire new initiatives to sustain the family as a source of joy, hope and cohesion in the Church and in society. 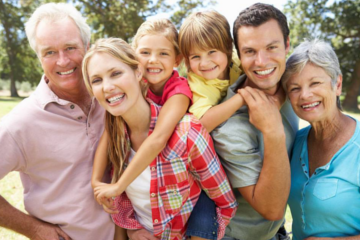 Of course, as Pope Francis reminds us often, no family is perfect and every family has its struggles and wounds. The World Meeting of Families in Dublin will be a success if it helps us to celebrate and support family life whilst encouraging us to reach out in love to families who are overwhelmed by the challenges and pressures of everyday living.”

The World Meeting of Families during August 2018 will consist of catechesis, liturgies, and gestures of solidarity, exhibitions, cultural events and musical performances around the city.  At its heart it will have the following four key elements: